It was May 2009, and I finally got a new job after suffering a cut in pay and hours at my previous job. After months of applying to animal hospitals and none of them calling me after the interview, I decided to go back into IT. The pay was decent and the hours were solid. I got this job through something one of my friends on facebook posted. He had become the IT Help Desk manager at a law firm and they were hiring. This friend was the same guy I worked with at Hewitt that I mentioned before (my supervisor during the 2nd summer I was there). 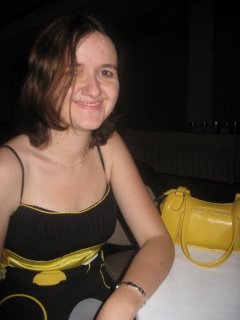 I also had a new relationship that was only a few weeks old, and I was anxiously waiting for Alabama and California to contact me in regards to vet school: I was on both their wait lists. I was entering this summer with a big question in front of me: what next? I took a summer course, some human biology class to try and up my science GPA, and I started the application process for vet school again, in case I didn’t get in this round. My relationship was great for the first two months. Then something happened, and my boyfriend became more and more distant from me. We had talked more as friends online than when dating. And when I brought this up to him, he said that’s how relationships were supposed to be! He literally said friendships are more open than dating relationships. I was in shock and tried to tell him otherwise. I told him it should be the opposite, that you should be closer with your significant other than your friends.

Not only this, but over time he also acted like he didn’t care about me. He would constantly be late to every date with excuses like he had to do laundry. There was this one day that was very important to me and he blew me off to help his friend, which would have been fine if he told me that was what he was going to do. Instead, I had to call him to ask where he was and he was waiting at home for his friend to call him over for assistance moving stuff or something. I ended up breaking up with him at the end of July since it felt like I was trying to talk to a wall whenever I tried to get deep with my boyfriend, and I realized I needed depth to my life, my relationships.

It was around this time that I also decided to go to grad school (unless a miracle happened and I somehow last minute got into vet school). I didn’t do the typical apply to grad school standard procedure. Instead, I kind of fell into it. My friend was in grad school at the time, and I reached out to her advisor who agreed to take me on. The classes met at the Shedd Aquarium, and I also fell into an opportunity to move into the city for really cheap rent through a family friend. I signed up for classes and moved in the middle of August. Out of pure boredom, I signed up on free dating website OKCupid and within days found a guy who I was interested in. Scratch that, two guys, but one ended up living way too far away from me for it to work so I ended up just keeping him as a friend. I started grad school and I started dating this guy after I met him right around the end of August. Our relationship lasted two or three weeks since he was also in grad school but had no job (I was still working full time while attending classes). This resulted in me having to pay for everything, or nearly everything. And he wasn’t willing to even drive to see me due to gas money, he would take the Metra train instead. This was fine until one night he decided to stay the night and take the train in the morning, but then at 2AM freaked out and said he HAD to get home, and I HAD to drive him. I told him I was too tired to drive him, and he told me to drink coffee and drive him anyways!

Needless to say, I was beyond pissed. After taking approximately 24 hours to calm down, I dug deep and gave him another chance. Unfortunately, for him, he blew it. I dumped him after he made yet another mistake where he forced me to drive when I didn’t want to. It was around this time that I found myself getting closer and closer to my friend who I worked with (technically my boss at this time). He was married though, and I found myself beating myself up over having feelings for a married man. I even encouraged him to work on his marriage and seek counseling/therapy. He felt the marriage couldn’t be saved and that he shouldn’t have ever married his wife in the first place. He confided in me how he proposed thinking it would solve their relationship issues: she cheated/was planning on cheating on him and he had caught her. From basically September to the end of the year, his marriage unravelled and I could be to blame for it. He moved in to my place in 2010 and we started dating as he went through the divorce.

Our start was very rocky, everyone hated us from the start. I had to dig deeper than I ever have to really ask myself if this is what I wanted. And it was. We have been through a lot, even more than our hard beginning. I have unfortunately fallen into a period of deep grief over the past several months over my mom and my dad moving on in his life so quickly. I have been seeking therapy and have been seeking God for help. It has taken time, and I’m still working on it, but I have been healing. Sometimes it feels like the sadness stretches on and on and isn’t getting better.

I don’t know how to explain what I’ve been through over the last year watching my mom slowly die, and seeing my dad change and start a new family within 9 months of my mom passing away. I don’t wish this on anyone on the planet. I miss my mom. She was my best friend, we would talk anywhere from 3 to 10 times a day. She knew everything about me, sometimes too much probably. Seeing her in pain and suffering over the last few years of her life hurt me so much. Watching her wither away and die last year? It still haunts me. I still have nightmares.

All I can do is cling to the things that help me: God, Jesus, my therapist, writing, listening to peaceful music, kung fu, running, lifting weights, etc. These things have helped me tremendously. All I ask is that people be patient as I pick up the pieces. I’m getting there, but not quite there yet. I love you all. Thank you for reading my story.